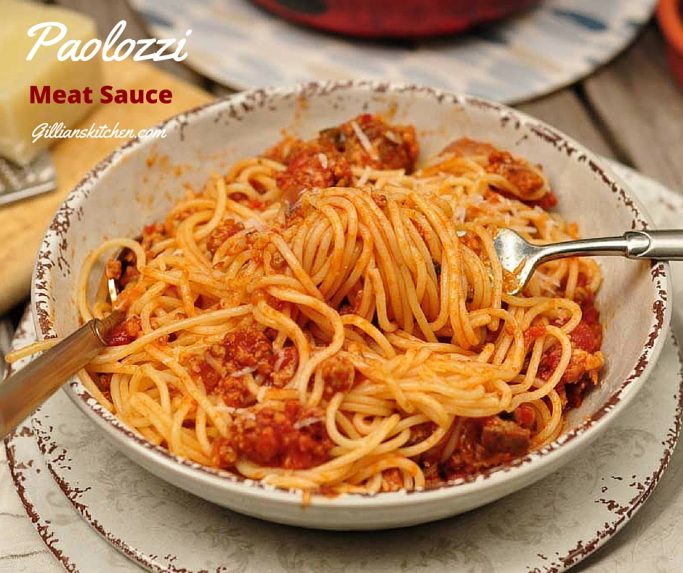 For as long as I can remember, my mother has made Meat Sauce every Sunday.  A recipe handed down from my Grandma Paolozzi. In fond memory of my dear grandmother, I call it “Paolozzi Meat Sauce”.

I’m not normally very wordy with my recipes. I believe they should be tasty, functional, fuss free and to the point. However, Paolozzi Meat Sauce, has been a Sunday staple throughout my childhood and stayed with me into adulthood. I cook it regularly for my own family who love it equally as much. My brother also makes this dish for his family.  I’m sure he will have his own slight variation,  just as mine may vary slightly from my Mother’s recipe as will my Mother’s to my Grandmother’s.  The basics are the same though – they all taste just as fabulous!

Don’t be limited by a recipe, you need to adapt to what ingredients you can find.  For example, the type of Chorizo you use or whether you can find a good fresh Italian sausage or not, just use whatever is available to you and improvise.

I would consider this dish as my ultimate comfort food.  To fully appreciate what memories this dish holds for me I have to give you a brief back story on the dish, which involves telling you a little about my maternal side of the family – the Italian half!

My version, Paolozzi Meat Sauce, originates from a small village called “Colle San Magno“,  in the Lazio region of Italy, not far South of Rome. My grandparents emigrated from here in the early nineteen twenties.  They left their home village, family and friends in search of a better life, like so many other in those days.  They were headed for Canada (where many relative still live today) but their travels were cut short due to lack of funds and ended up settling in Dewsbury, in the North of England. Fortunate for me, otherwise I would not be writing this today! 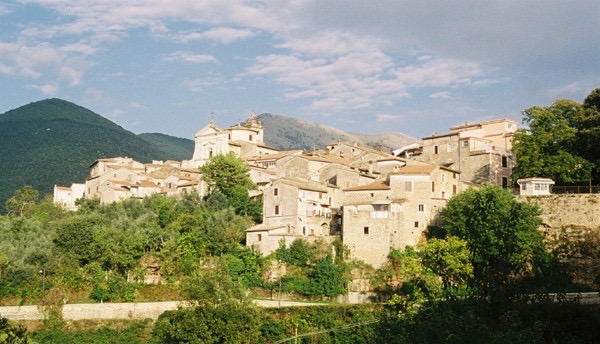 As is true of many immigrants, they were very entrepreneurial and hard working and with an ever growing family to support they eventually found themselves doing what Italians do best – Ice-cream!  However, by January 1940, food rationing came into force, banning the production of ice-cream and my family chose to do the next best thing Italians do best – Fish & Chips! 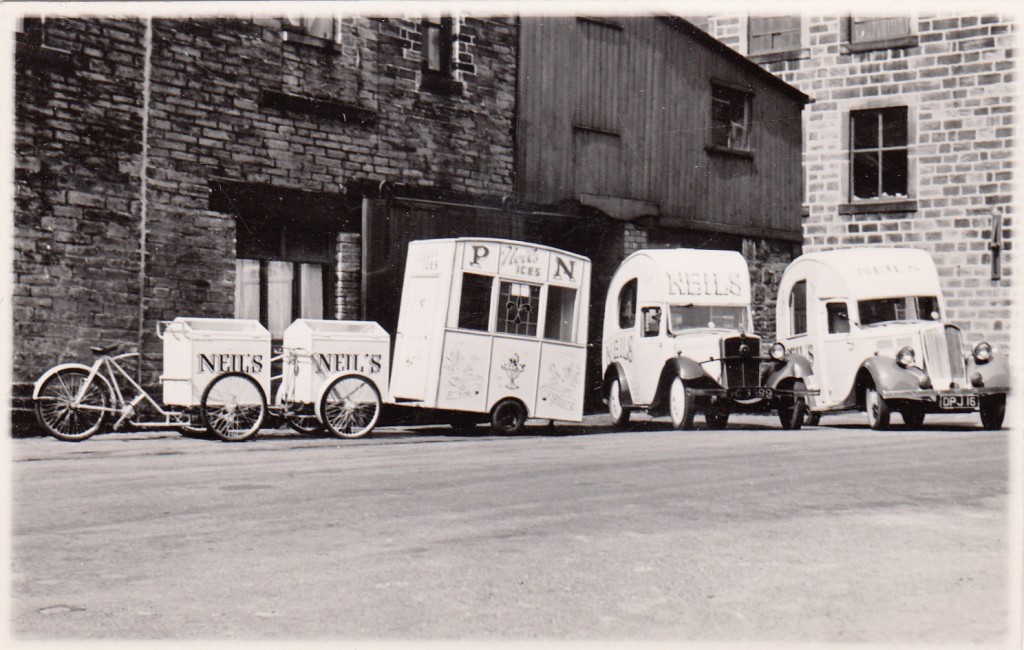 Neil’s ice-cream vans were bought by the Paolozzi family in 1947, here they are parked out side their new home in Todmorden

In 1947, after the ice-cream making ban was lifted, my grandad bought a fleet of ice-cream vans in Todmorden (pictured above, before the name was changed from Neil’s to Paolozzi’s).  The four eldest children moved from Dewsbury to Todmorden to run the new ice-cream business, whilst my grandparents and mother (the youngest of five) stayed a while longer in Dewsbury to wrap up the fish & chip shop business.  A couple of years later they bought a sweet shop and a cafe as well as continuing to manage their ever expanding fleet of ice-cream vans.   Paolozzi’s ice-cream became renowned to generations of local families. 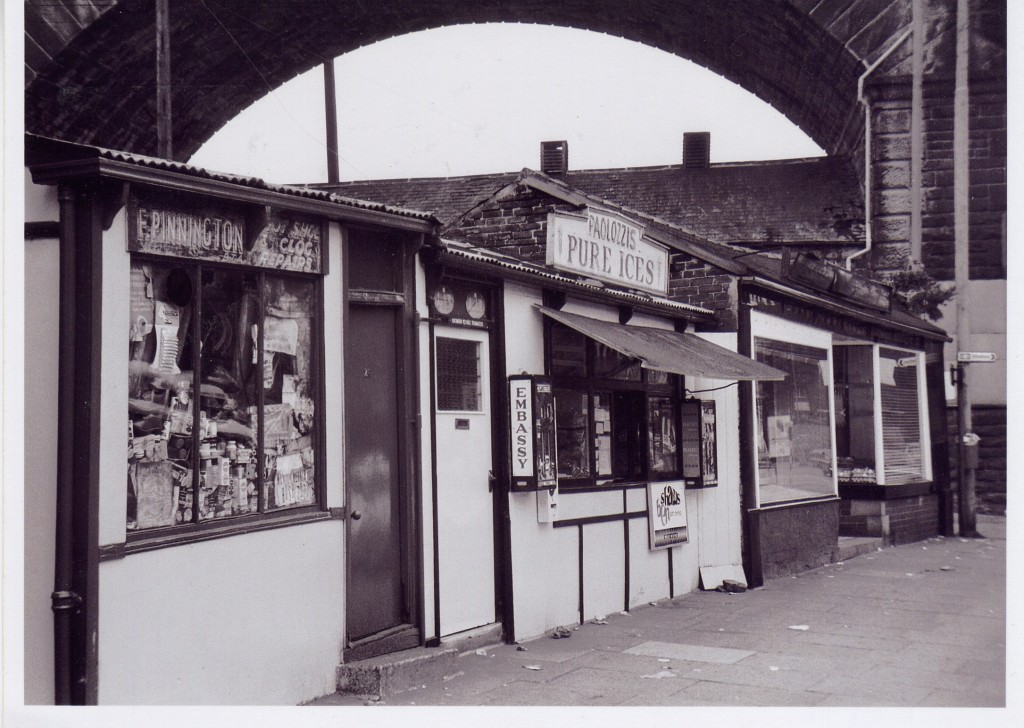 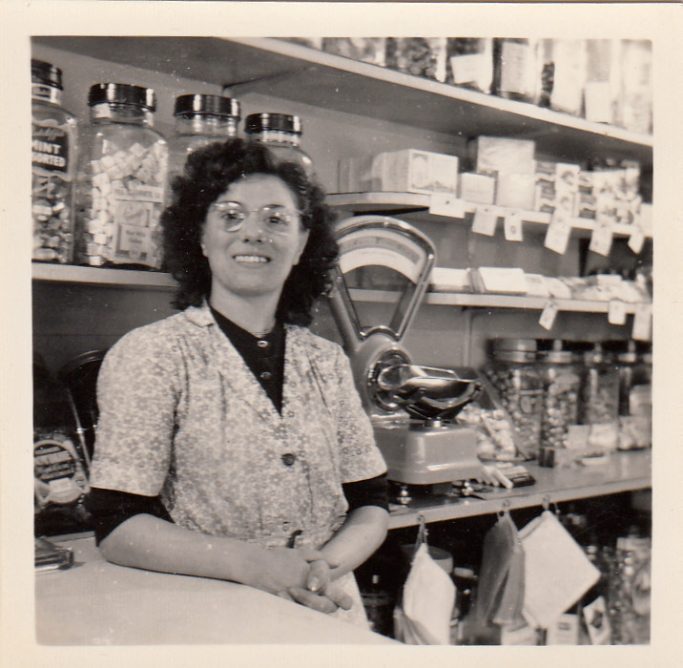 I loved visiting my Grandma’s rambling, double, end terrace house.  She lived with my late Uncle Joe and my Auntie Rita (pictured above, age 27).  Auntie Rita will turn 92 this Summer.

There were several spare rooms used for storing stock which I loved exploring.  Upstairs, next to the bathroom, was a particularly aromatic room, the tobacco room, with it’s sickly sweet aroma of exotic and far away lands. Then there was the attic, reached by a narrow staircase which was full of our toys. My brother and I would spend hours there, re-discovering our long forgotten toys.  Another memorable area, was the damp and cold back-yard which was filled with chest freezers containing tubs of freshly churned Paolozzi ice-cream and lollies.  Heaven to a child, right?

The fun didn’t end there!  We always got to visit whichever Aunt or Uncle was working their shift in the sweet shop, either Auntie Rita, Uncle Joe,  Uncle Ben and Auntie Dot.  We’d sit there ever so quietly in the confined space, trying not to get under anyone’s feet,  all in the hope of getting a few sweeties to take home!

I could talk endlessly about our visits to Todmorden, I loved the fact we had so many relatives living in this town and my Grandma’s house was always a hub of activity with all the local Italian community dropping by to say hello.  I was constantly amused by their interesting Italian/Lancashire accents!

We would generally visit my Grandma’s on a Sunday afternoon.  They would eat their lunch early at 11am (a habit from when they worked shifts in the family businesses).  We used to turn up later in the afternoon to a light lunch of soup and sandwiches, or a quiche followed by home baked cakes.  I never fancied the sandwiches and cakes and would make up excuses for popping into the kitchen, where there was nearly always a large pot of pasta with Paolozzi Meat Sauce on the stove (leftovers from their Sunday lunch).  I would sneakily take a fork,  and scoop out as many of those delicious meat sauce covered macaronis (as my gran called them) as I possibly could. I’d stuff my face then head back to the table content! Not sure if anyone got wind of my antics!

I could never understand why we were never offered the same lunch they’d eaten – maybe they thought it was too simple and rustic for us!

I associate this dish with Sunday because we visited my Grandma on Sundays and my Mother always cooked this dish on a Sunday too.  It now just seems right to eat it on a Sunday!  Also, historically, Sunday Meat Sauce is so called because the meat would be left cooking slowly in the sauce whilst the villagers attended Sunday Mass. By the time they returned home, the meat would be perfectly cooked and tender.  The meat would be taken out of the sauce and served separately and the sauce served over the pasta as a starter (primi piatti).  The meat would follow after as the second course (secondi piatti).

Use chuck steak,  quite a tough cut of meat from the shoulder of the cow.  Try to choose a nicely marbled piece for extra flavour and tenderness once cooked.  Chuck used to be a cheap cut of beef, ideal for slow cooking and stewing, but due to recent trends the cheaper cuts have also now become more expensive!  A nice firm chorizo is ideal and if you can find it, and fresh Italian sausage really makes the dish extra special.

This is not a quick recipe to make, it take time to prepare and time to cook.  It’s therefore worth while making a large batch and freezing some for another time.   I use about 1kg chuck steak, four (425g) tins of tomatoes and 1 jar (700ml) of passata which yields 3-4 meals (depending on your servings). We eat one on the day it’s cooked and the other portions go in the freezer for another Sunday.

Add about 2 tbs olive oil to a large solid based pan (I use a large stock pot).  When hot add your meat, in batches, starting with the pork mince or fresh Italian Sausage (if using).  The Pork, especially, mince, may release some extra fats.  Ideally, remove these fats before continuing with the browning of the Chorizo and the Chuck steak. You may need to add more olive oil for browning the rest of the meat.  Set aside the browned meat on a plate lined with kitchen paper. 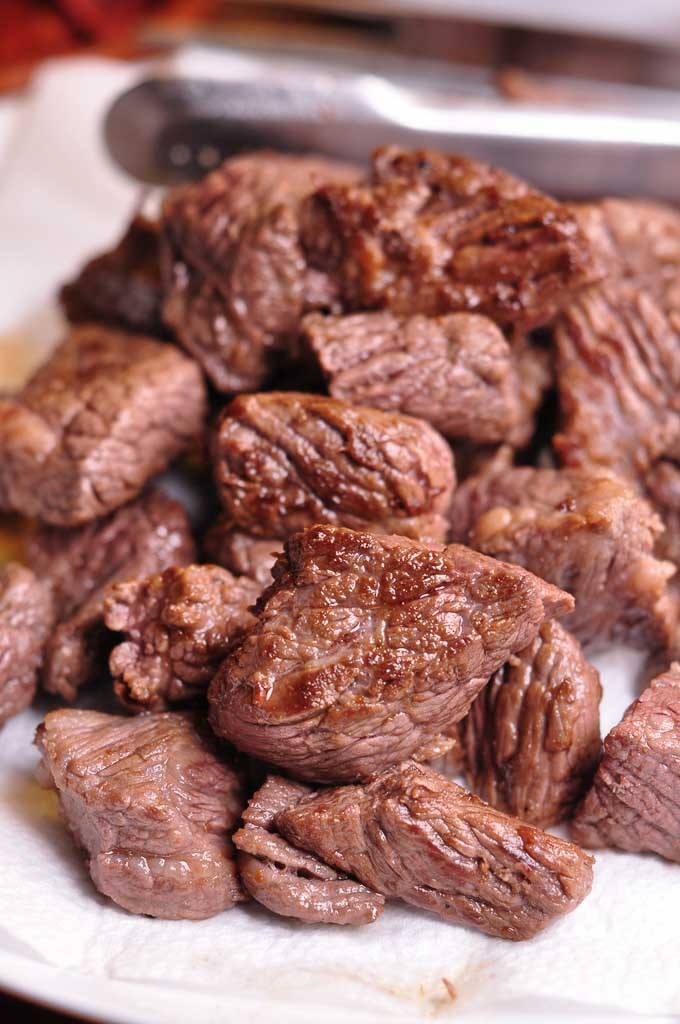 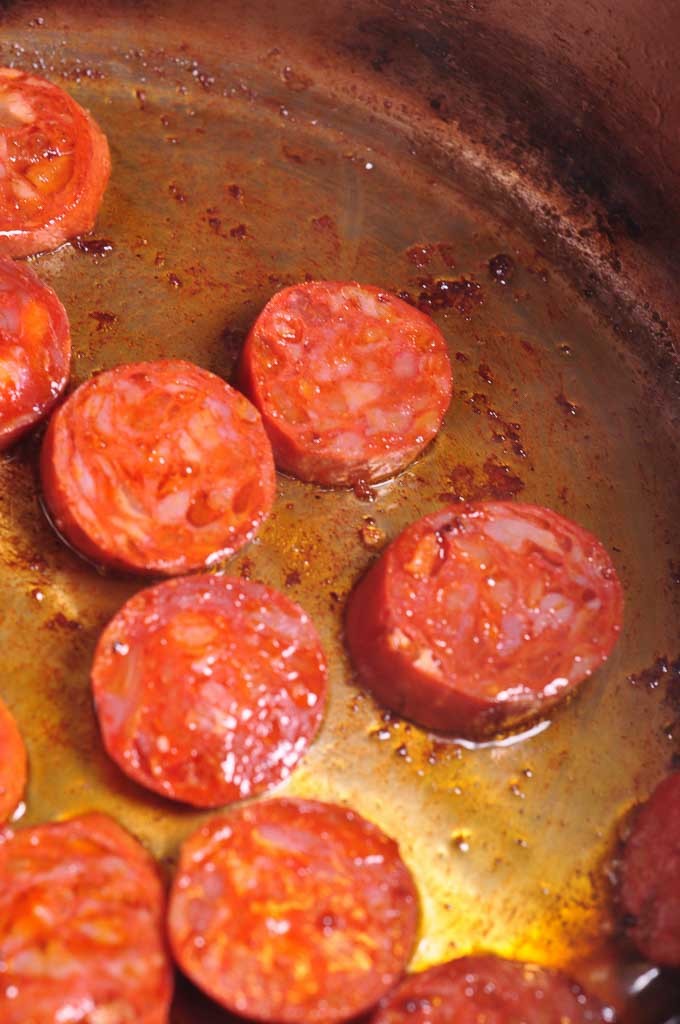 Set aside the browned Chorizo and other meat

In the same pan, add a little more oil, if needed, add the onion and celery and sweat for a couple of minutes on a medium heat.  With a wooden spoon, scrape all the meaty brown bits up from the sides of the pan and incorporate these into the vegetables.  Add the garlic and cook for a further minute. Then add the tomato puree and mix well cooking for a further couple of minutes.  Add a couple of glugs of red wine, if using, and stir well, giving the pan a good deglaze, scraping up all those tasty brown bits left behind from the browning of the meat. Let reduce for a few minutes. 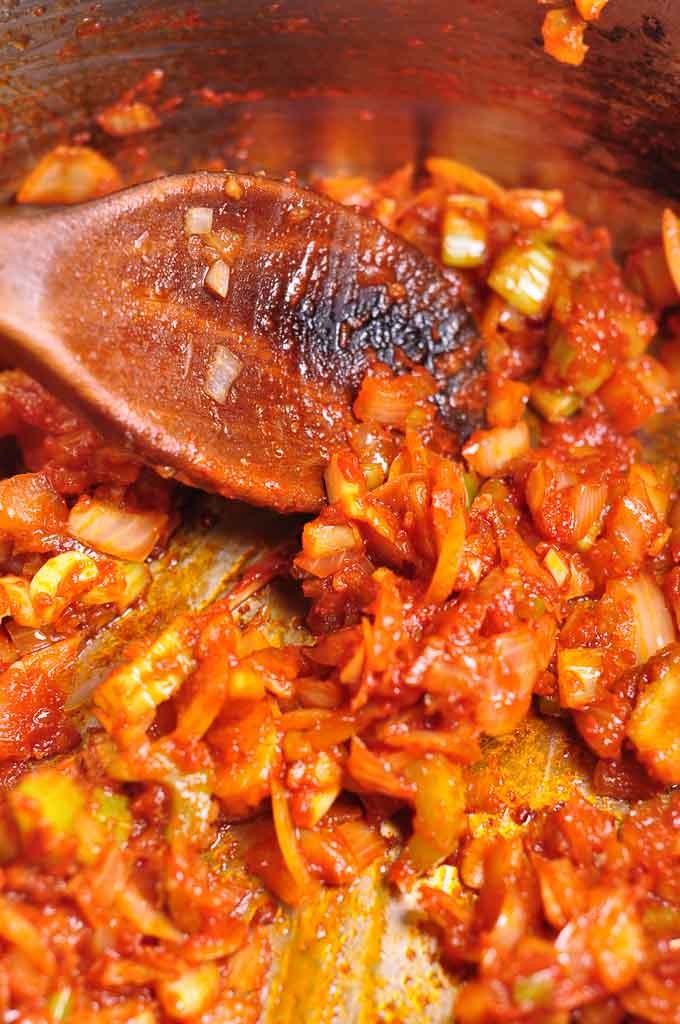 After about 5 minutes of cooking the vegetables with the puree and wine, add in your tinned tomatoes and passata. Season and add in plenty of chopped flat leaf parsley.

Now add all the browned meat back to the pot and stir well.  Bring to the boil, then reduce the heat and simmer for at least two hours. 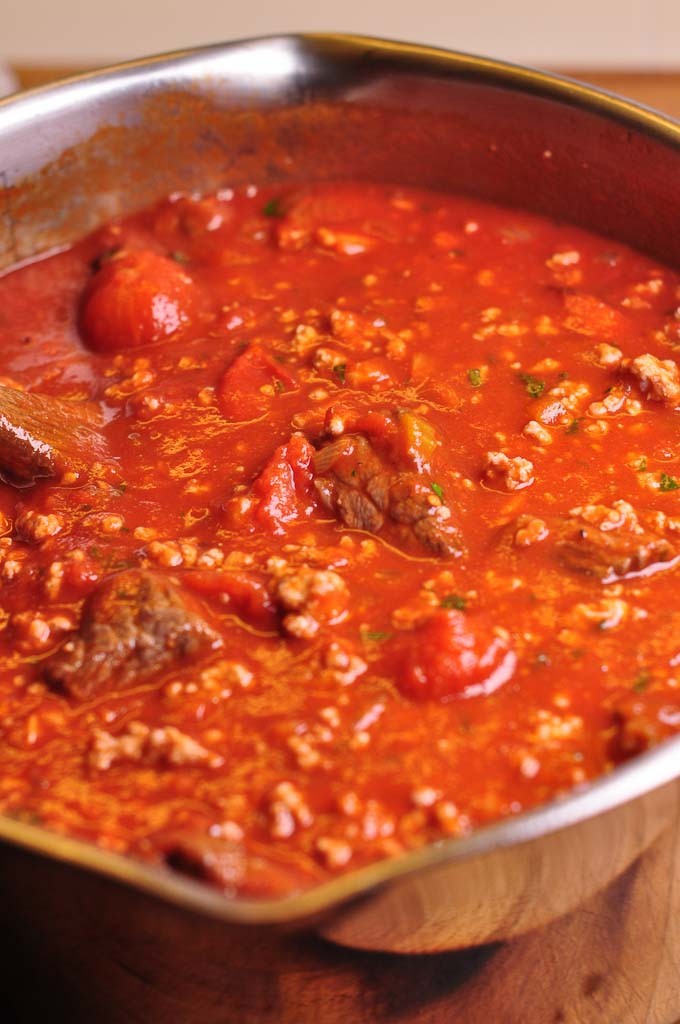 Add the browned meat to the pot of tomato sauce

Serve over a large bowl of spaghetti or pasta of your choice with plenty of freshly grated Parmesan. 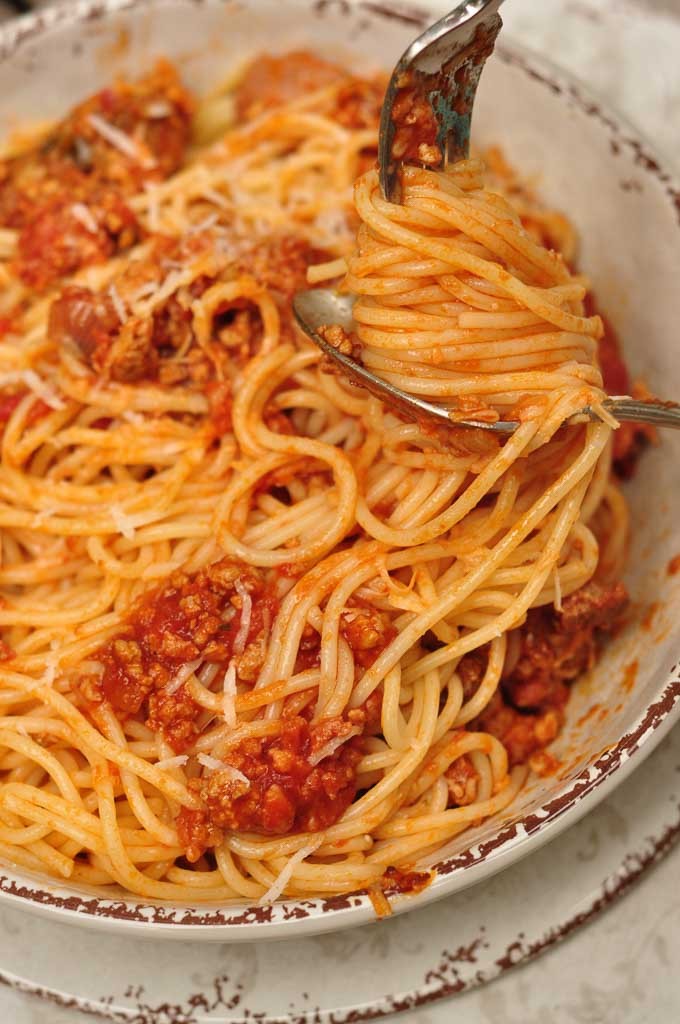 Serve with pasta of your choice and plenty of Parmesan 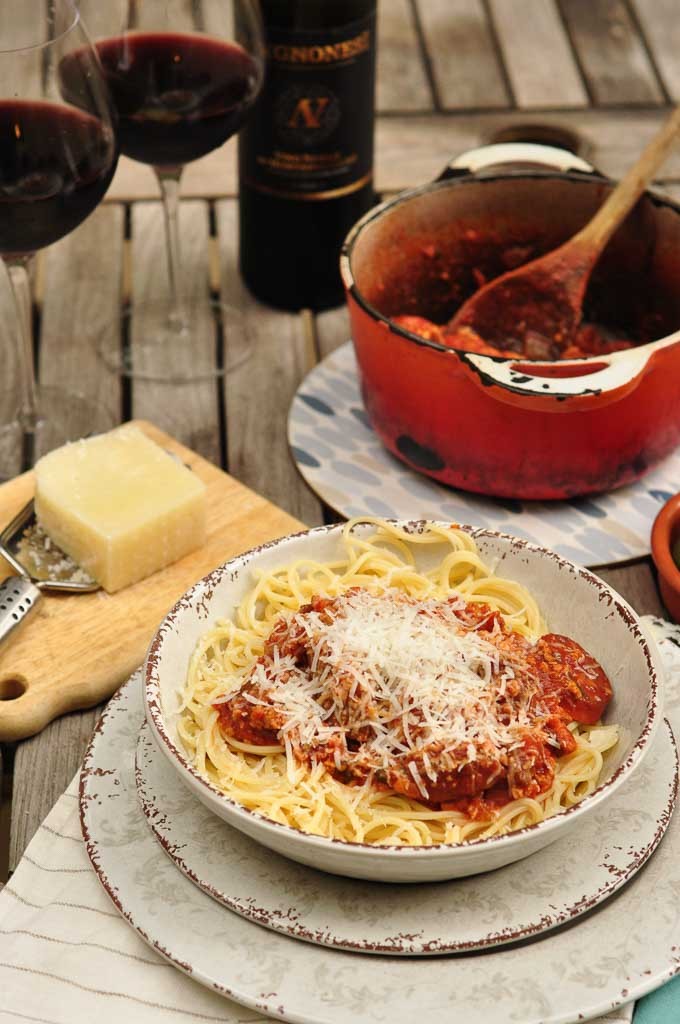 And don’t forget a good bottle of red wine…

Do you have any recipes that you ate as a child which you still make today?

Would love to know what they are – you can let me know in the comments box below.

P.S. Have just linked Paolozzi Meat Sauce recipe to Inheritance Recipes run by Pebble and Soup and  Coffee and Vanilla 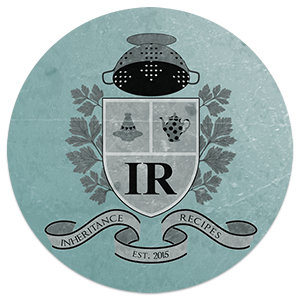 Hello! Thank you for stopping by. I'm Gillian, a Lancashire born, Yorkshire bred mum of four, currently living in Hong Kong. An obsessive foodie with a serious affliction of wanderlust. I love travelling, cooking and baking, food photography and hiking in the nearby jungly hills with our dog, George. Read More… 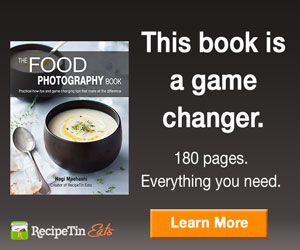 Nice little treat in the post today from @watkins

This was highlight of our isolated week - bread an

🏮Happy Chinese New Year everyone 🎎 About to

Been a while since I sank my teeth into an authent

💕My first freshly picked garden salad of the ye

Up cycled some old paving stones from our garden a

Am feeling broody.... don’t worry just for the f

A fine hunk of beef from @fodder_harrogate again..

Rosemary & lamb Koftas - Not had these for dinner

Gillian's Kitchen uses affiliate links. Which means I may link to products with affiliate programs. When you click on an affiliate link and then purchase a product from that site I may receive a small commission. This commission helps to pay for the running of this site so I can continue to provide you with yummy recipes and useful information. The links I provide are all relevant to my site and which I consider may be useful to you. I don't link to irrelevant products just because they are part of an affiliate program.